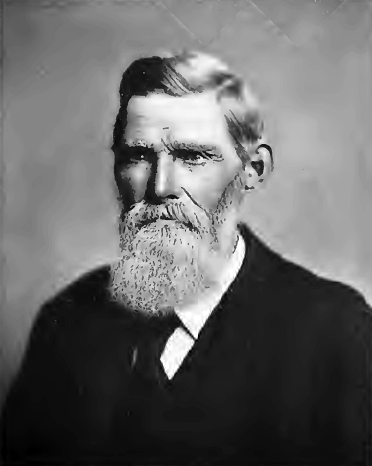 Mathew C. Alexander, who is a representative of the farming interests of Greene county, was born in Xenia township. January 3, 1825. and is still living within its borders. His parents were John and Rebecca (Hook) Alexander. The father was born near Wheeling. West Virginia, and the mother was a native of the Old Dominion. The former came to Greene county with his parents, Mathew and Isabella (Kendall) Alexander. The family has ever been noted for loyalty in citizenship, a characteristic that has been manifested by valiant military service. The grandfatlier of our subject had two brothers who laid down their lives on the altar of their country at the battle of Brandywine in the Revolutionary war. John Alexander offered his services to the government in the war nf 1812. After coming to this country he was married to Rebecca Hook and they took up their abode upon a farm, the cultivation of which claimed his attention throughout the years of his business career. He was industrious, energetic and reliable, and all who knew him entertained for him respect and confidence. His political support was given the Democracy, and both he and his wife were valued and consistent members of the United Presbyterian church. His death occurred in 1865. and Mrs. Alexander survived for only about a year, passing away in 1866, at which time her remains were interred by those of her husband's. in the Xenia cemetery. They were the parents of eight children, of whom Mathew Clark is the eldest, the others being: Mary L., the widow of Simpson Drake, and a resident of California; James H., who is living in Buchanan county, Iowa; John, deceased; Isabella, who is living with our subject: George, who has passed away: Charles G.. who died of typhoid fever in the army while serving as a member of Company D. Seventy-fourth Ohio Infantry; and Josephine, who lives with her brother, Mathew.

In the common schools near his home Mathew Clark Alexander pursued his education, becoming familiar with the branches of learning which fit one for life's practical duties. He also received ample training in farm labor, early becoming familiar with the duties of the field and meadow, and he and his two sisters reside upon a part of the old homestead, where he operates two hundred and thirty-three acres of land in the eastern part of Xenia township. He has placed iiis farm under a high state of cultivation, devoting his energies to the raising of crops best adapted to this climate, and also to stock-raising, making a specialty of Shorthorn cattle and Poland-China hogs. His business is well conducted and his careful supervision and capable management have brought to him success in his undertakings. He represents a worthy family that from pioneer days has been actively and honorably identified with the history of Greene county.